There are more then half a million bridges in Saint-Petersburg, more than in any other city of the world, and all they vary in style as well as in size and age.

More then half a million bridges in Saint-Petersburg

Now it’s hard to believe that at first Peter the Great banned to construct bridges. He wanted Saint-Petersburg to resemble Venice and tried to inure people to move by boats. They say it was Catherine I, Peter’s wife, who ordered to tie all the nearby boats in a range to let her pass through the Neva when she soaked her dresses trying to get into a boat.

Thus, in 1727 she invented the temporary bridges that served as the only connection between the Neva river banks for more then a century and a half. The present bridges range from the so-called “hunched” small stone bridges adorned with sculptures of griffins, lions and sphinxes to the massive reinforced concrete bridges over the Neva River.

Each of them is splendid in its own way. The figures of griffins with golden wings of the Bank Bridge, the stone lions of the Lion Bridge and the equestrian sculptures of the Anichkov Bridge are no less charming than the palaces around. The huge reinforced concrete bridges are decorated with wrought-iron patterned railings, ornate lamp-posts and granite obelisks.

The first permanent bridge called Annunciation Bridge, was constructed in 1843-1844 but opened only in 1850. Later it was totally rebuilt and named Lieutenant Schmidt Bridge. 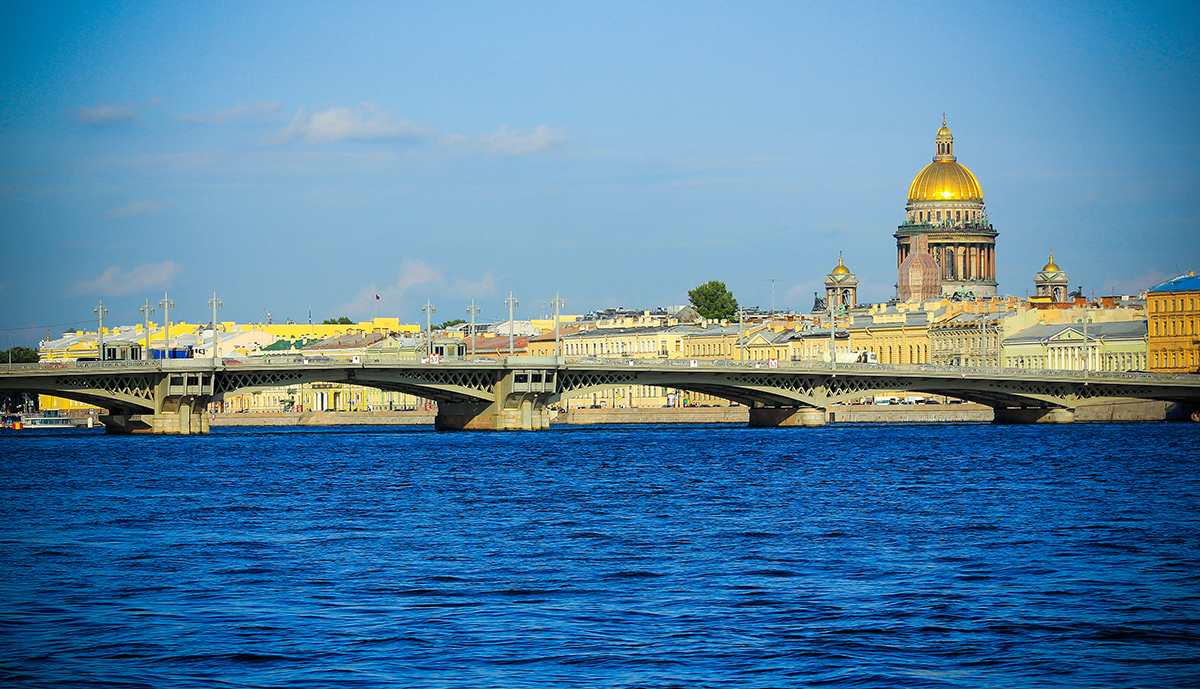 The longest bridge in Saint-Petersburg

The longest bridge in Saint-Petersburg is the 629 meters (more than 900 meters including the entrance ways) long Alexander Nevsky Bridge over the Neva River. 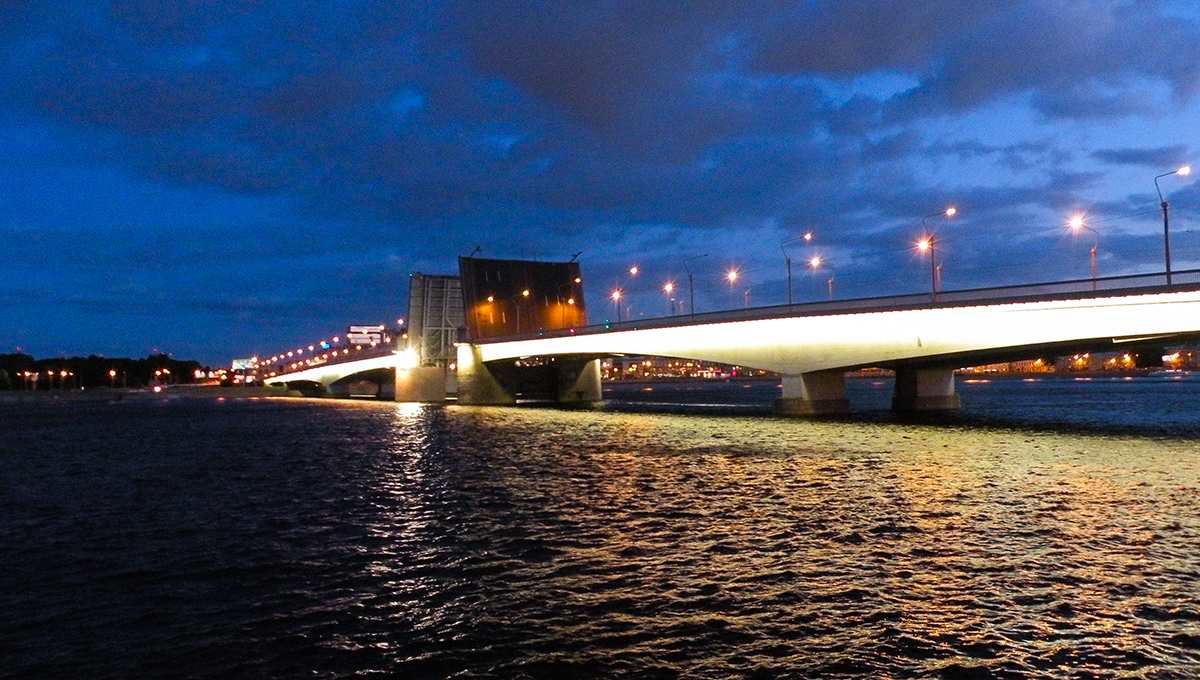 The widest bridge in the city is the 99,9 meters wide Blue Bridge over the Moyka River. It got its name from the time when all the bridges were wooden and each was painted a different color. Most of the bridges have their own legends.

For example, the urban Bolsheokhtinsky, or Peter the Great’s, Bridge is covered with endless multitude of steal rivets and people say there is one made of pure gold but painted in imitation of steal. From April till November the main bridges over the Neva and the Nevka Rivers open at certain night hours allowing ships to pass by. 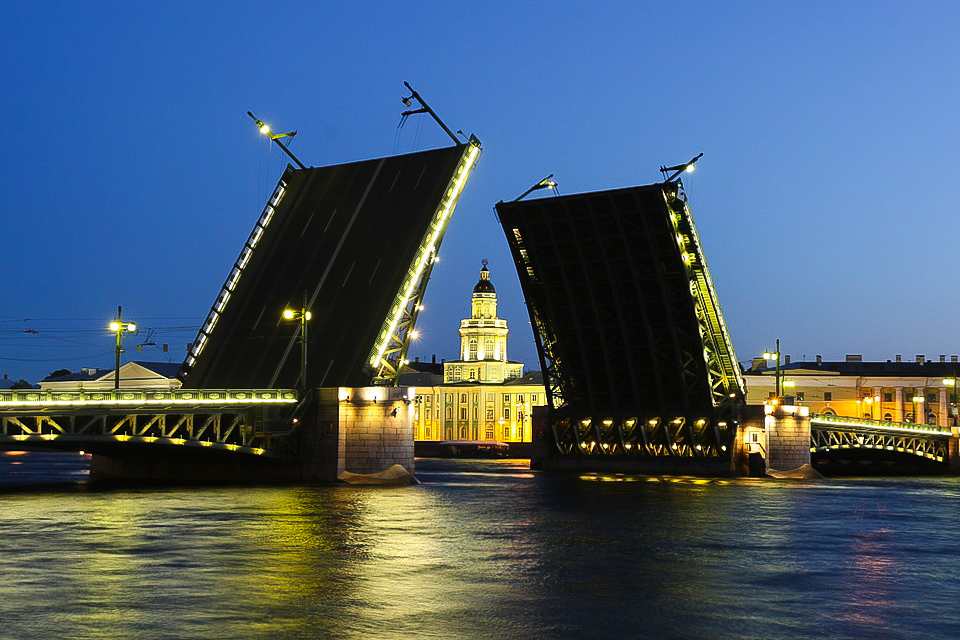 The view of the Palace Bridge with its parts opened is one of the world-wide known symbols of Saint-Petersburg. The sight is especially attractive at the romantic White Nights when the sky remains bright day and night.

We propose you to visit various boat trips during the summer, because Saint-Petersburg looks unusual from water….