You are at:Home»Sightseeing tour by car in St. Petersburg 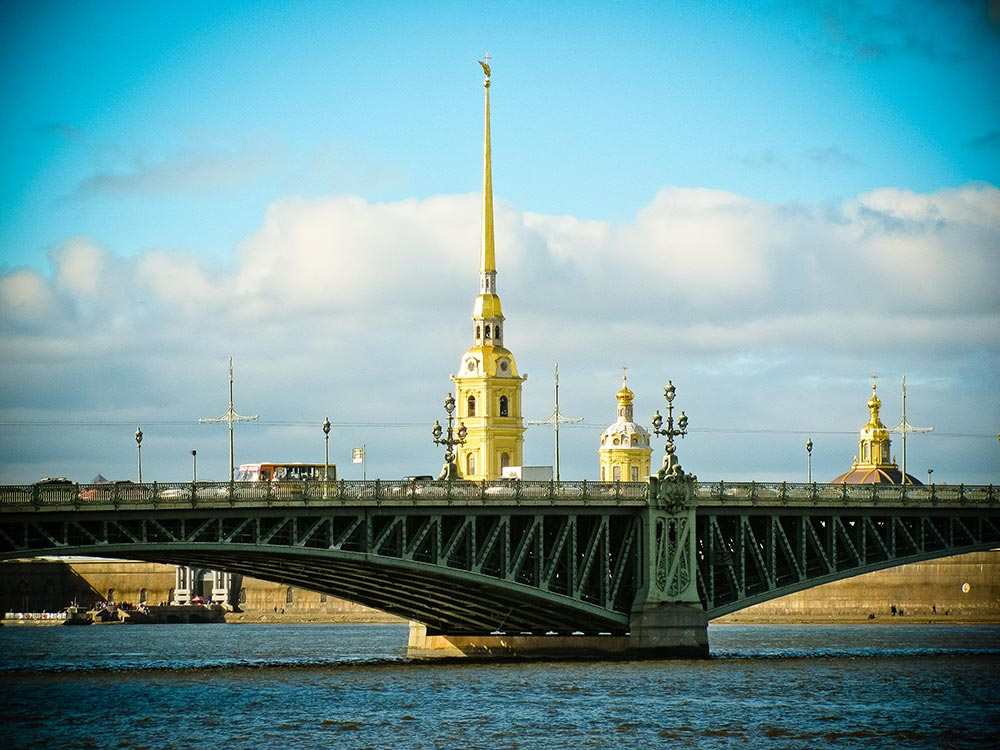 SIGHTSEEING TOUR BY CAR + VISIT TO THE PETER AND PAUL FORTRESS

SIGHTSEEING TOUR BY CAR + VISIT THE PETER AND PAUL FORTRESS AND 1 CATHEDRAL TO CHOOSE FROM: ST. ISAAC'S CATHEDRAL OR SPAS -ON-BLOOD.

We will be happy to offer you a 4-or 5-hour sightseeing tour by car with a visit to the Peter and Paul fortress and one of the cathedrals to choose from- the Savior on spilled Blood or St. Isaac’s Cathedral. 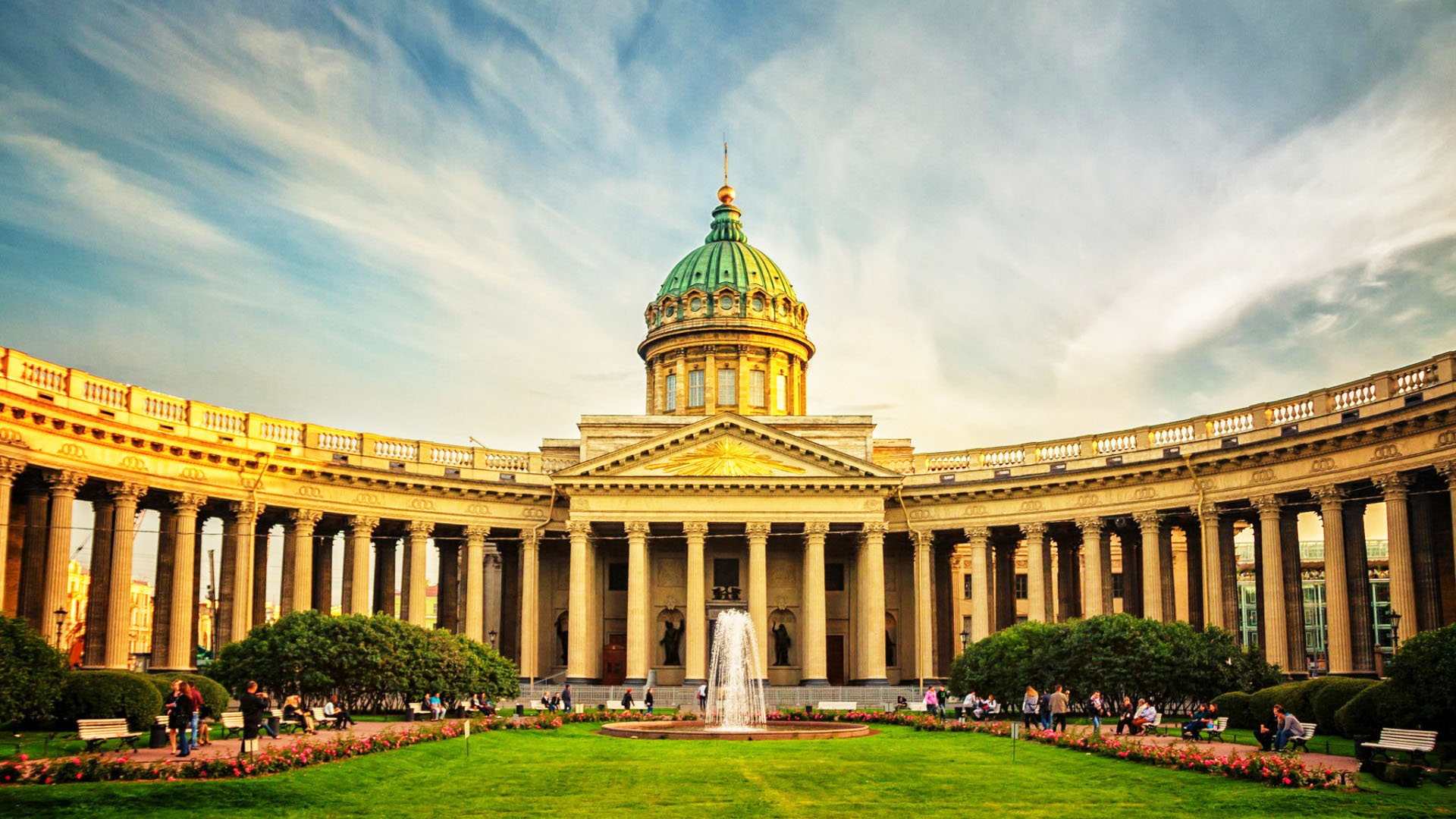 We invite you to visit an 8-hour sightseeing tour by car with a visit to the Peter and Paul fortress and the cathedrals of the Savior on spilled Blood, St. Isaac's Cathedral, and Kazan Cathedral.

Find out all the unusual facts and stories of the city

It is important for the guide to convey not just formal information about the sights and cultural places of the city, but to tell unusual facts or stories related to them. You will start the tour on St. Isaac’s square, where, in addition to the Cathedral of the same name, you will see the monument to Nicholas II, the Mariinsky Palace.

Prices for a sightseeing tour by car

* The duration can be extended at your request with the appropriate recalculation of the cost. The price is indicated for excursions conducted in Russian, English and German. The cost is calculated in other languages by our managers upon your request.

Depending on the number of people, we offer the following types of transport.

Tour of the main streets

A stop during the tour is planned at the Admiralty, which offers a stunning and world-famous view of the “Neva panorama”. You will see the Winter Palace, the Palace Bridge, the Peter and Paul fortress, the ensemble of the arrow of Vasilievsky island.

The Anichkov Bridge is decorated with the four different equestrian statues, representing four stages of taming a horse. They were made by P.Klodt in the 1840-s.

The Anichkov palace it was built in 1740th to the order of Empress Elizabeth for Count Razumovsky, and later belonged to the Romanovs. Now it houses the Palace of Creativity for the children.

Beloselsky-Belizersky’s Palace was built in the mid-19th century. Now the Palace houses a business and cultural center of the city.

Is the principal Russian Orthodox Church in St.Petersburg.

The Cathedral of our lady of Kazan was built in 1801-1811. In 1813 the field marshal Mikhail Kutuzov was buried here with full military honours.

Enjoy the views of squares and theaters

Visit to the Arts square, during the tour, which is located in the Mikhailovsky Palace (Russian Museum), the Mikhailovsky Theater, the Golenishchev-Kutuzov house, the musical Comedy Theater, The Russian ethnographic Museum, the Great hall of the Shostakovich Philharmonic. In the Center of the square is a monument to Alexander Pushkin.

Secrets and legends of castles and museums

One of the most mysterious structures in the city is the Mikhailovsky (Engineering) Castle.  Its owner is Pavel the First. The history of the castle is covered with a lot of secrets and legends. You can enjoy views of Konyushennaya square and the famous Mikhailovsky garden trellis. The Central element of the ensemble on the Griboyedov canal is a unique mosaic open-air Museum-Spas-on-Blood.

During the tour, you will travel along the field of Mars, in the center of which the Eternal fire burns. In good weather, we recommend taking a walk in the Summer garden.

After crossing the Troitsky Bridge, you will find yourself on Troitsky square, which was once the center of the city. To your right is Zayachy island, where the first building of St. Petersburg-the Peter and Paul fortress.

After an interesting tour, we recommend visiting one of the most popular restaurants located right on the territory of Hare Island.

The route of an individual sightseeing tour is designed for three or four hours. All our excursions start and end where you are comfortable. The tour sequence also depends on city traffic. Our guides and drivers try to choose the most optimal routes based on the traffic situation.

The guide and driver will meet you at the specified time.

The duration can be extended at your request with the appropriate recalculation of the cost. The price is indicated for excursions conducted in Russian, English and German. The cost is calculated in other languages by our managers upon your request.

Visit to museums without queues even in the “high” season

Speed of response and services delivery

Convenient for you methods of payment

Accuracy and courtliness of guides and drivers

Only personal guides for all your tours

The most interesting and efficient itinerary of sights visiting

Totally free, we will tell you in more detail about excursions and prices. You can leave your contact details in the form and we will contact you within 5 minutes or call us by phone +7 (812) 309-28-66.