The Marble Palace (5, Millionaya Ulitsa) is a vivid memorial to architecture of the early classical period. It was built in 1768-1785 from a design by Antonio Rinaldi.

The statue of Alexandre III by Paolo Trubetskoy

Various types of marble and granite were widely used for details of the facade and decoration of the interior. In the outer court stands the equestrian statue of Alexandre III, created by sculptor Paolo Trubetskoy.

Exhibits in the Marble Palace

Exhibits in the Marble Palace are devoted to expansion of the inter-connections between Russian and Western art. The permanent exhibit «Foreign artists in Russia» presents numerous works by masters of painting and sculpture who influenced the development of Russian art from the 18th to the first half of the 19th centuries. 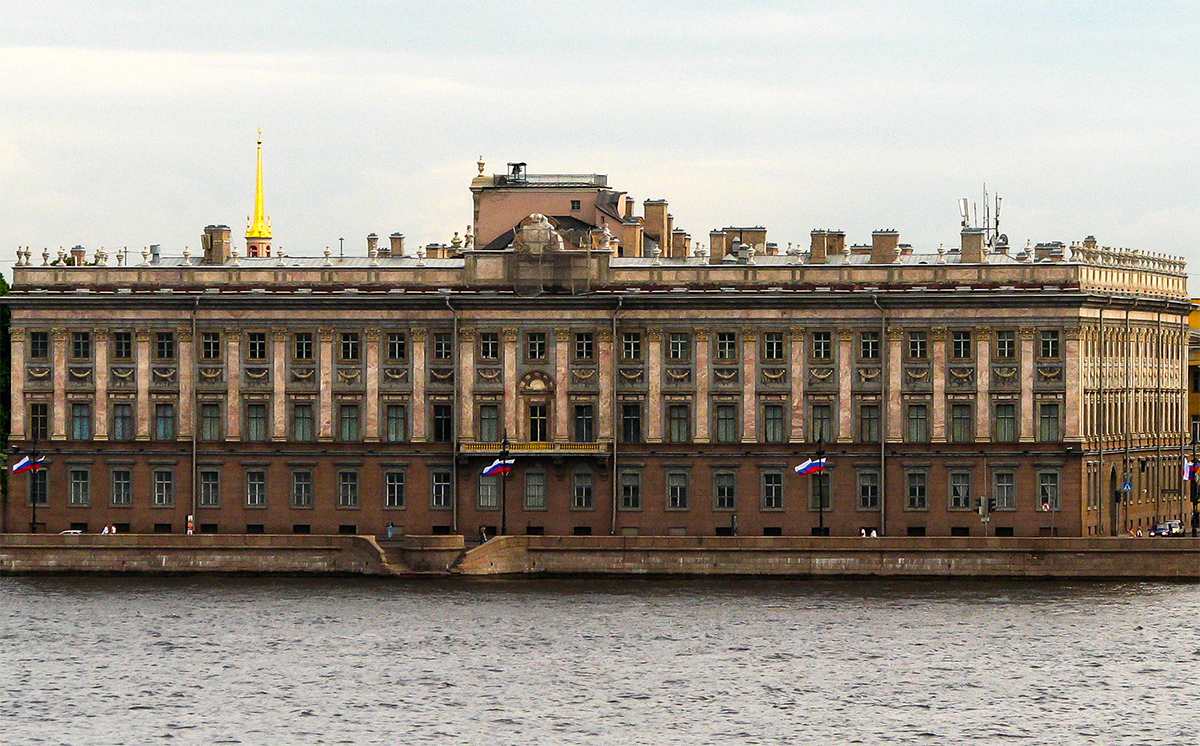 Ludwig Museum in the Russian Museum

A unique complement to this area is «Ludwig Museum in the Russian Museum». The permanent exhibit of a collection donated by Peter and Irene Ludwig includes a large number of works of Western and Russian artists of the post-war period (1949-1990-ies), ranging from Pablo Picasso to masters of the 1990s.

Displayed together, they provide a presentation of contemporary Russian art as part of world culture. Interim exhibits of Russian and foreign contemporary artists are held in the halls of the Marble Palace’s third floor.

We advise you to visit this Palace with our guides. We’re sure, that it’ll be interesting for you!